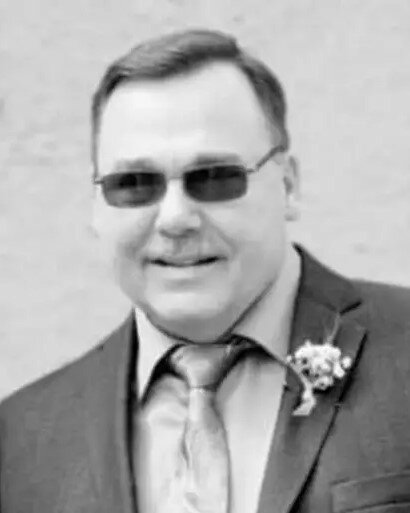 Please share a memory of Joseph to include in a keepsake book for family and friends.
View Tribute Book

Age 73, of Medford passed away on Monday, January 2, 2023, at Aspirus Medford Hospital.

A Celebration of Joe’s Life will be held by family at a later date.

Joseph was born on October 14, 1949, in Rome, NY to Joseph and Eleanor (Curtis) Spinler. His family then located to Antigo where he spent his childhood before moving to Southern Wisconsin to finish school. He took a sheet metal class and started a career in metal finishing. He was an active member of The Kenosha Kingsmen drum and bugle color guard. He later moved to Medford where he met Patricia Miller. On March 21,1995, he was united in marriage to Patricia in Las Vegas. They then bought and operated a supper club in Southern Wisconsin before moving to Spencer in 2005. After retirement, Joe became “Ala Joe” or “Mr. Ala Carte” at the Marshfield High School, working with the kids was a job he loved. He and Pat moved back to Medford in 2020.

He loved gardening, going fishing and hunting. He enjoyed playing a game of pool or darts and he loved bowling. He was also interested in birdwatching. He and Pat enjoyed camping in their trailer on Mayflower Lake where they had a permanent campsite. Joe was a huge fan for his grandkids at sports games and enjoyed cheering them on.

Joe was preceded in death by his parents, Joseph and Eleanor Spinler, Sr.; his uncles, Curly, Sonny, Bud and Corky Curtis and Richard and Paul Spinler; his aunt, Yvonne; nephews, Scott Spinler and Brandon Storey and bonus son, Tony Miller.

If desired, the family is accepting memorials in Joe’s name for a charity to be determined.

Joe’s arrangements are under the care of Life Tributes Funeral Home-Spencer. To share a memory or offer a condolence, please visit www.lifetributesfuneralhome.com.

Look inside to read what others have shared
Family and friends are coming together online to create a special keepsake. Every memory left on the online obituary will be automatically included in this book.
View Tribute Book
Services for Joseph Spinler, Jr
There are no events scheduled. You can still show your support by planting a tree in memory of Joseph Spinler, Jr.
Plant a tree in memory of Joseph

Share Your Memory of
Joseph
Upload Your Memory View All Memories
Be the first to upload a memory!
Share A Memory
Plant a Tree