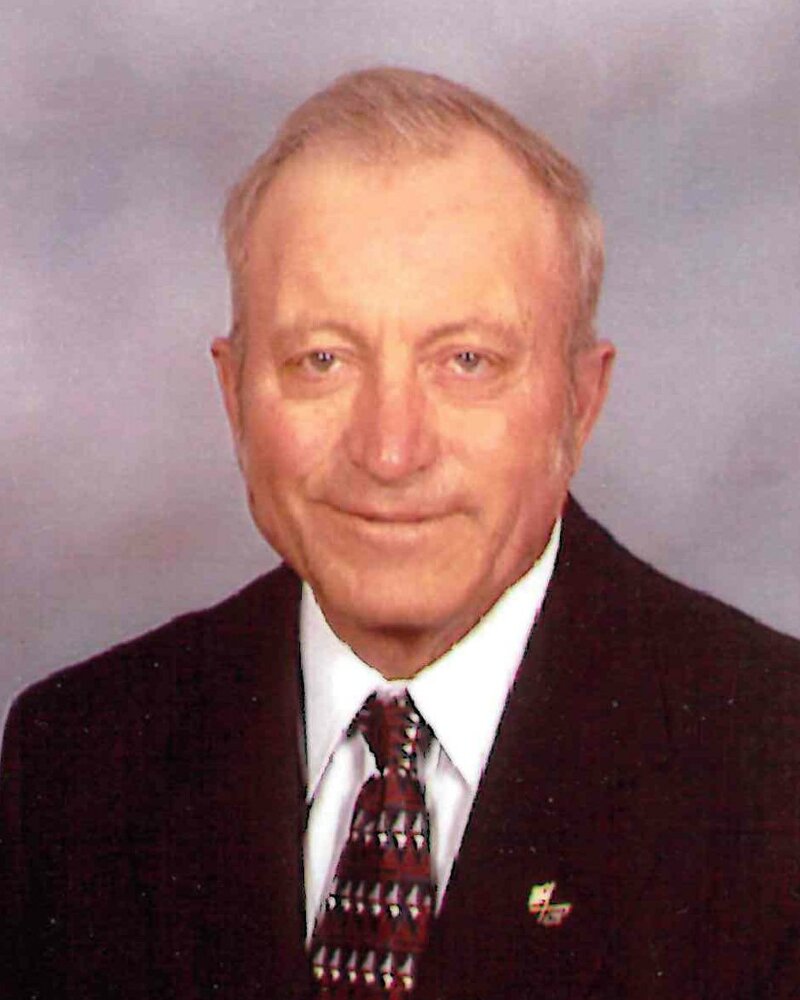 Please share a memory of Eugene to include in a keepsake book for family and friends.
View Tribute Book

Age 89, of Spencer, passed away on Thursday, January 12, 2023 at Marshfield Medical Center.

Funeral Services will be held at 11 AM on Wednesday, January 18, 2023 at Trinity Lutheran Church in Spencer with Rev. James Groleau officiating. A private committal service will be held by family at a later date. Family and friends are invited to gather at the church on Wednesday from 9 AM until time of services. The honor of pallbearer belongs to his grandchildren: Michael Rindfleisch, Brandon Rindfleisch, Casie Schulz, Lacey Berres, Trisha Kloth, Erin Multerer, Amanda Linzmeier and Samuel Rindfleisch.

Eugene was born to Ervin and Milda (Luepke) Rindfleisch on November 15, 1933 in the Town of Brighton, Marathon County. He attended Brighton School and was a 1951 graduate of Spencer High School. On August 20, 1955, he was united in marriage to Marcella “Sally” Boe. He was a man of many trades. He started farming on his grandfather’s farm that was originally purchased in 1898. Eugene later bought that same farmstead in 1956. He was a milk hauler and was hauling milk before he had a driver’s license. He drove gravel trucks, drove a cattle truck to Equity Livestock in Stratford, drove a semi-truck for Modern Insulation and was a school bus driver.

He was a lifelong member of Trinity Lutheran Church in which he held various positions through the years including church council and elder. He was a volunteer on the Spencer Fire Department. He held the title of treasurer for the Township of Brighton for 57 years. His granddaughter took the position when he retired in 2021.

Eugene of course loved driving truck throughout his life and enjoyed bowling with family and friends.

He was preceded in death by his parents, Ervin and Milda Rindfleisch; his son, Douglas Rindfleisch and his brother, James Rindfleisch.

If desired, memorials in Eugene’s name can be directed to The Lutheran Hour.

Eugene’s arrangements are under the care of Life Tributes Funeral Home-Spencer. To share a memory or offer a condolence, please visit www.lifetributesfuneralhome.com.

To send flowers to the family or plant a tree in memory of Eugene Rindfleisch, please visit Tribute Store
Wednesday
18
January

Share Your Memory of
Eugene
Upload Your Memory View All Memories
Be the first to upload a memory!
Share A Memory
Send Flowers
Plant a Tree