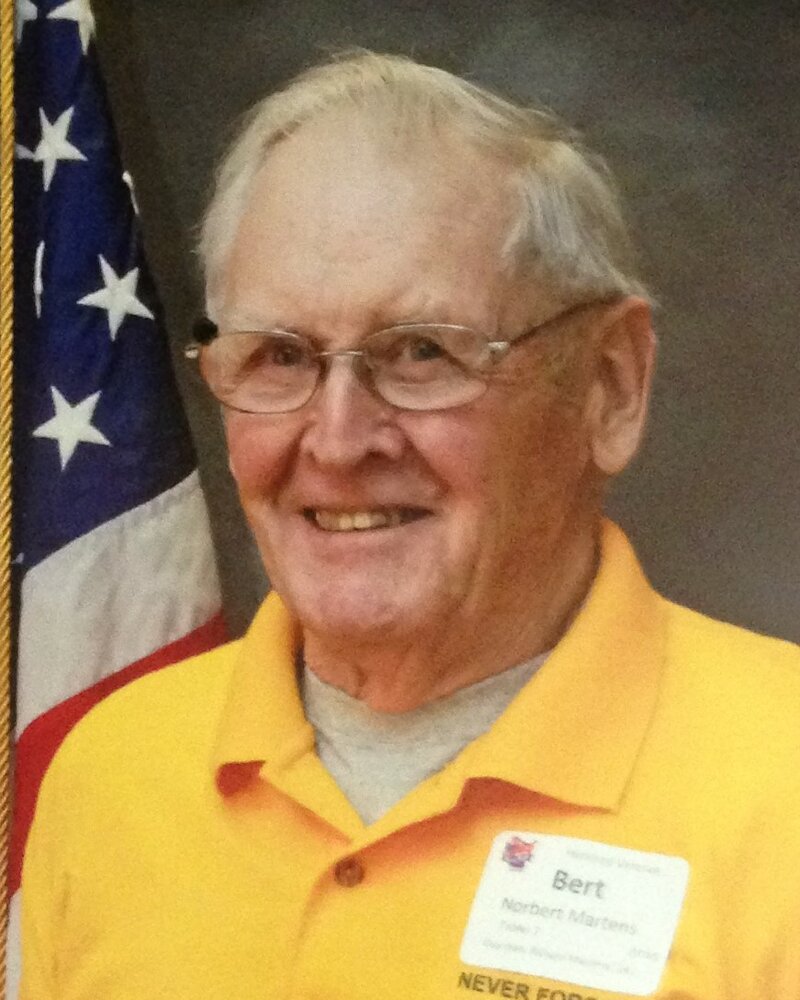 Please share a memory of Norbert to include in a keepsake book for family and friends.
View Tribute Book

He was born on October 17th, 1932 to Erwin and Viola (Patitz) Martens on their family farm in the Township of Colby. They later moved to Marathon County. Norbert graduated from Abbotsford High School in 1950. He then went back to the farm in Colby Township until he was drafted into the Army in 1953. Norbert was honorably discharged in 1955. He married Bernadine Martens on January 11th, 1957 and just celebrated 66 years of marriage. Together they had 3 children, David Martens (Unity), Kelly (Charles) Crompvoets (Anaheim Hills, CA) and Steven (Brooks) Martens (Unity). He is survived by his children and grandchildren, Madison Crompvoets (San Francisco), Shaylee Martens (Unity), Shyanne Martens (Unity) and Liam Rivadilla (Unity).

Norbert is preceded in death by his parents, Erwin and Viola; his sister Winifred Hermann, his brother, Norman Martens and grandson, Chase Crompvoets.

Norbert was proud to be a Veteran. Later in life he had the opportunity to participate in an Honor Flight to Washington DC. For those who want, a donation to the Never Forgotten Honor Flight organization in Norbert’s memory is appreciated.   (https://neverforgottenhonorflight.com/donate/)

Honoring Norbert’s request there will not be a funeral service but rather a Celebration of Life at a later date.

Norbert’s arrangements are under the care of Life Tributes Funeral Home-Spencer. To share a memory or offer a condolence, please visit www.lifetributesfuneralhome.com.

To plant a beautiful memorial tree in memory of Norbert Martens, please visit our Tree Store

Look inside to read what others have shared
Family and friends are coming together online to create a special keepsake. Every memory left on the online obituary will be automatically included in this book.
View Tribute Book
Services for Norbert Martens
There are no events scheduled. You can still show your support by planting a tree in memory of Norbert Martens.
Plant a tree in memory of Norbert

Share Your Memory of
Norbert
Upload Your Memory View All Memories
Be the first to upload a memory!
Share A Memory
Plant a Tree